Cyberbullying: Words hurt a lot more than you think 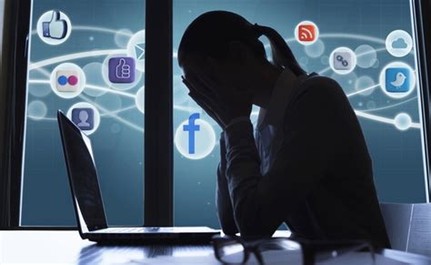 It’s sad to think that the world we know is thriving of social media and digital platforms, we very rarely communicate anymore, we don’t really want to socialise and make friends, we just see this screen and we get pulled into this world of the digital age rather than talking to the people who are in the same household, those we care about. But the truth is people don’t realise how much pain words can actually cause, physical pain is enough in itself, but the problem with being online all the time is that it’s easier for bullying to take place because the person doing it is behind a keyboard. Bullying someone with harsh words, nasty rumors, indecent photographs is what can ruin someone, but no one really knows how it makes someone feel.

Too many people are pretty much oblivious when it comes to social media, they use it as a way of communicating, but also talking about their lives when we used to just sit down at the table with the family and talk about our day or how we’re feeling why do we now feel the need to post it on social media? It’s closed us all off, we’re basically like robots who need to be online to be able to go about our days, it’s consumed us.

But honestly, it is the biggest instigator for bullying there are so many ways for someone to set up fake accounts to be able to instigate bullying. We’ve all heard of the saying ”sticks and stones may break my bones but names will never hurt me.” But as the incidence of cyberbullying continues, this may no longer be true, because so many people use social media or go online more it means that it’s easier to target people. Harmful words become more visible and for hundreds of people to see, so once someone says something some people may feel they need to hop on the ‘bandwagon’ and so on, which is, unfortunately, the way cyberbullying works.

Words hurt a lot more than people think, they can damage your self-esteem, they can ruin your life, they can make you feel worthless, numb and so much more. Just think a comment has been posted about someone in a malicious way to get ‘back’ at them or to embarrass them, then all the people they know start commenting calling them the harshest of words and comment after comment they’re still going, the victim sits there with their phone in their hand with hundreds of notifications flying through, as much as it’s hurting them, they are cautious about what’s being said and they look at all the comments in distress. ‘Disgusting, low-life, ugly, you make me sick, oh my god how do they have friends, I can’t believe you did that’ and so many more hurtful words, cyberbullying can have the biggest impact on an individual and because it’s online it can be hard to figure out who started it, it could be a fake account or many different people saying things, it’s a lot harder to nail exactly who said what and people do not reliase how much it physically hurts someone.

What actually is Cyberbullying?

It’s a form of bullying which takes place online through all devices. Social media platforms, messaging apps, gaming sites, chat rooms, Facebook, X-box Live, Instagram, YouTube, Snapchat, Twitter, Whatsapp, etc. Some chat rooms can solely be for talking to people who have common interests as you and can be a positive experience but it’s always best to be cautious.

Cyberbullying is one of the things that can happen 24 hours a day, for days, months after months and what is said can go viral very fast. However, it comes in many different forms. The most common are Harassment, Denigration, and Impersonation.

Harassment: Sending offensive, rude and insulting messages and being overly abusive. Writing nasty or what could be seen as humiliating comments on posts, photos, and chat rooms.

Denigration: This is often something that happens a lot and then people tend to follow along. It’s a case of sending information to someone about another person that is fake, untrue and could be very damaging. Sharing photos to ridicule them, spreading fake rumors and gossip, is a lot more damaging then some may think. Some may even go to the low of editing photos or videos for the pure purpose of bullying.

Impersonation: This could be when someone hacks into the victim’s social media accounts and uses the person’s online identity to send or post malicious material to or about others. It could also be that the bully creates a fake profile to worm their way in and get them to trust them to later expose what they told them, no matter how personal. The problem is that when fake accounts are made whether on social media sites, apps or online chat rooms it can be difficult to get them closed down.

Other forms could be using extremely offensive language, getting into online arguments, to cause reactions and enjoy the fact that it will cause someone distress. It could be that someone shares personal information about another or trick, someone into revealing secrets. It could be what is classed as Cyber Stalking were the bully will repeatedly send messages that include threats, harassment, intimidating messages, making the victim feel afraid for their safety. Another form is the feeling of exclusion, so perhaps from a group chat, a game, you may feel you’re being pushed out on purpose.

The fact is that once it’s there, once someone has posted whatever they have to say and then people comment, people share, it’s viral within minutes, even if it gets taken down, people have still seen it. So for the victim, getting it shut down is what they want but the truth is they still know people have read it even if it is no longer there. Bullies love to spread rumors to really make people feel disgusted in themselves and then their friends find out and they lose them and so on. It’s a vicious cycle which is why the victim will feel so alone.

Being racist, homophobic, calling someone out for dressing a certain way or looking different are all types of cyberbullying and social bullying. What bullies know and thrive off is making those feel horrible within themselves or that there’s something wrong with them. Even in 2020 people are still being bullied for being gay, being from a different country, being curvier, being too skinny and there are so many more. 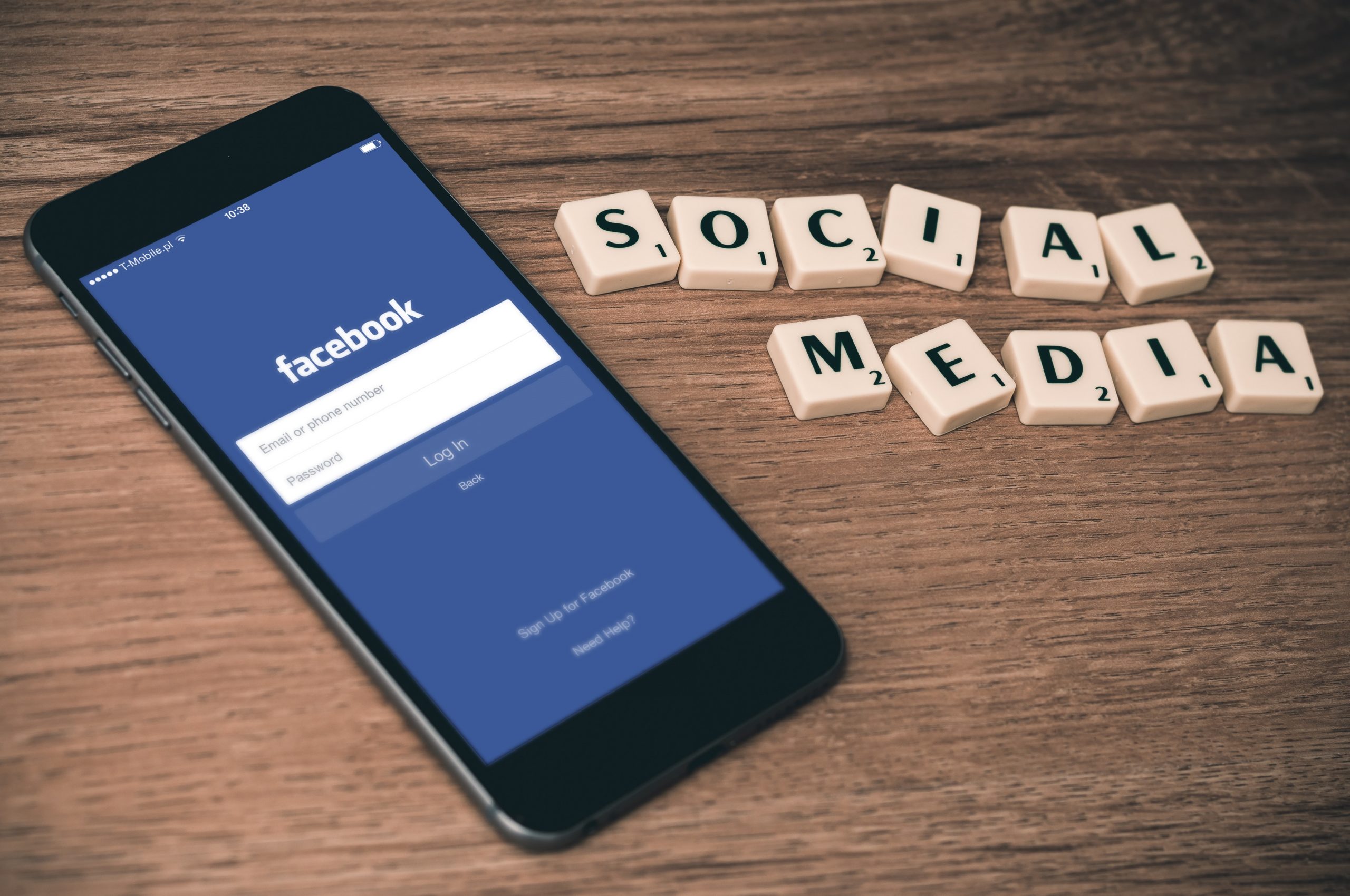 What do I do if I’m being bullied on social media?

Most social networking sites are for those 13 and over. Each social media platform has its own T&C’s when it comes to what they do about bullying and how they go about it.

The option to report it using the report links which appear near the content, it should say report image, post or comment. If you would like to talk further to Facebook itself emailing or getting in touch with their team may be more helpful.

Instagram: Actually considered one of the biggest social media platforms along with Facebook for cyberbullying and it can happen in many ways, negative comments, fake profiles, hacking accounts. Their advice is to block and unfollow the person who is causing trouble. However, if it continues to get worse, you can their reporting tool.

Snapchat: It allows users to send pictures to each other that disappear off-screen after a short amount of time. Cyberbullying can take place in the form of screenshots, sending pictures without permission and negative comments. Again you can block the user, but if they continue to harass, report it by filling out the online form located on the Snapchat website.

YouTube: Bullying can be reported and action is taken when things cross the line. To flag up a video that is deemed inappropriate, you need to click the flag at the bottom right of the video and YouTube will look at it to see whether it breaks their terms of use. If they feel it does then they will remove it. Again, if you feel it is getting out of hand most likely in the comment section then you can report it here.

Twitter: Any tweets or replies from the person you can unfollow them or block them. But if they come back, do not hesitate to file a report immediately.

Any other forms such as Whatsapp, chat rooms, live gaming chats will each have their own T&C’s but please remember that any form of abuse or bullying is not ok and that it needs to be reported. Keep everything private, no posting addresses, school, phone numbers, etc. Don’t feel pressured into taking inappropriate photographs, don’t forgot to log out completely when using a computer in a library. There is always the option of taking your own account down to stop seeing the hateful comments, but most of the time the victim will be wary of what’s being said and open it back up again.

The effects of cyberbullying and seeing someone you love go through it is so upsetting, they may feel incredibly low about themselves, withdraw from family and friends, will not let parents near any of their devices at all, find excuses to stay home, losing weight, gaining weight, change in personality, it almost feels like they’re lost.

Remember to report it, take screenshots of the abuse they’ve received, involve the police if you feel that you’re not getting anywhere, it’s not a waste of time, it’s extremely important if it’s in the workplace involve the HR department, get legal advice regarding harassment.

Reporting it to the social media sites is a step that needs to be taken, but don’t forget to reach out to those around you, friends, family, teachers, etc they’re all there to help and support you in any way they can, it can be hard to get over the trauma that the cyberbullying or any bullying can have over the victim, which is why counseling or seeing your GP may be of interest to help you cope with it, just remember you’re not alone.

”I realised that bullying never has to do with you. It’s the bully who’s insecure.”